A day of celebration… 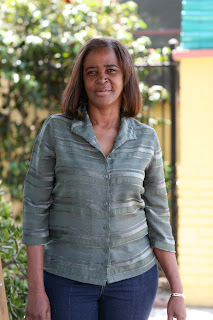 Gigi was a battered woman. She was physically abused and beaten by her husband in the late ’70’s only to leave him and get an offer to move in with a “friend” who later began to sexually abuse and rape her against her will. While living with her roommate she also entered into a romantic relationship that was just as abusive as the relationship with her first husband. She was even hospitalized a few times because of all the abuse. One night after receiving a powerful beating from her boyfriend, she came back to her apartment with all the fresh wounds on her body. She was then attacked by her roommate and she pleaded with him to stop and he didn’t so she acted out of self defense and shot him.

This sounds like a scene right from a Lifetime movie special right? The next scene should be that Gigi was eradicated from all the violence, was removed and put into a safe haven, and she meets a man that treats her right and lives happily ever after. However, Gigi’s ending…a 15 year to life prison sentence for second degree murder and one year enhancement because the crime involved a gun. She was advised to take this plea bargain being told by her lawyer that she would most likely be out after 10 years. She had no prior arrests, no record of any crimes, or violence and in fact, she had never even fired a gun until the day she killed her abuser point blank. (Remember, this was in 1980 when there were no self defense laws in place. The Battered Woman Syndrome Law came into place in 1992 as a result of the Nicole Brown Simpson case. Every woman prior to that was convicted of murder.)

When she got to prison in 1980 at 22 years old, she had no idea what to expect. She remembers on the bus ride there being incredibly scared. She was afraid of what the other people in the prison would be. How would they treat her? How was she going to adjust?
When she got there, surprisingly it was a lot different than she had ever expected. “CIW was a lot like a college campus. The women were very kind and accepting of me. During the day, people were taking classes, going to groups and working. It was nothing like I had expected,” Gigi commented.

Inside of prison, Gigi did a lot to make the most of her situation. She got her GED, completed a Cosmetology program, and got a certification for Office Services (proof reading, computer programming, and dictation). She went to Chaffey Community College and took General Education courses. She became state certified as a HIV and Infectious Disease Peer Educator. She also was the Chairperson for AA/NA, the biggest organization inside of the prison and the Chairperson for the African American Women Prisoner Association (AAWPA).

When she went up to her first Parole Board review about 3 years into her sentence, they told her that she was doing everything that she needed to do and she was very likely to get out pending her first hearing, which was scheduled for 10 years and 8 months. She just had to keep the stellar record that she had, which she did.

When she went up before the Parole Board for her first hearing to see if they found her suitable for parole in 1989, she was nervous but incredibly excited about the possibility of getting out….that is until the Commissioners opened their mouths. “They use harsh language to try to set you up to break. They can then use that a reason to not parole you,” Gigi said. “I’ll never forget the one Commissioner who said, ‘ I know every night before you go to bed, you pray that your daughter doesn’t turn out to be like you.” This was especially hurtful to Gigi because she maintained a very positive relationship with her daughter. Even while in prison, her daughter would visit her every other week. She jokes, “I used to see my daughter more when I was in prison then now because she lives all the way in Reno.”

The hearing was intense and it lasted between 4-6 hours. There were three Commissioners: the first questioned her life and family before she went to prison, the second questioned the nature of her crime and the third evaluated what she has done since you’ve been in prison and her parole plans. She was confident about everything except for her crime because unfortunately, she couldn’t change it. She had no priors, good family relationships, had 4 places to live, and had 2 job offers and 10-12 letters of support. As the trial unfolded, her emotions turned from hope into despair. After a 5 minute recess and deliberation, the Commissioner came back and told her that they didn’t find her suitable for parole as they felt she was a danger to society. She was not able to respond. She just sat hopeless. She was told to come back in 2 years.

She came back 2 years later and it was the same story. She came back then for 12 more hearings and no luck until 2000. In 2000, she came back for a very intense hearing and she was sure they were going to say no. After a 45 minute deliberation, the Commissioner told her that they have found her suitable for parole. She then was reviewed by another Board, which actively investigated her parole plans and they found her suitable. In the state of California, every case must be signed by the Governor. This was the final step. Her paperwork was given to Davis and he decided to overturn the decision. He said that because of her past social history of being in two other abusive relationships, she should have learned from her mistakes and not put herself in a compromising situation.

In 2002, she came back again, this time to a split decision: One Commissioner said she was found suitable, the other said no. The decision went to the main Board, who 2 years back found her suitable and they denied her agreeing with the Governor’s reasoning.

She went back in 2003 this time to be found unsuitable for parole because of her crime. She questioned them saying that it was impossible to change her crime. She met a couple of law professors from USC who agreed that she had a case. They agreed to file a writ, a legal appeal to the Board on her behalf. In preparing for her next hearing, she learned that they never did it.

In 2004 she had the worst hearing in her life. The only positive thing that happened was in the DA’s closing argument; she said that there was no reason to not let her out. She was not a danger to society, she had no prior record, she was a battered woman who killed her abuser and had a stellar record. She went to USC and then asked them to file a writ on her behalf again against the Parole Board and they said it was a waste of time.

So, she took matters into her own hands and by doing research in the law library and with the help of a manual typewriter, she wrote her own writ. It was 200 pages when she sent it out. She submitted it in 2005, 30 days later the Superior Court denied it, then she resubmitted it to the Court of Appeals with a rebuttal and it was denied, then she submitted to the California Supreme Court. “I mailed it in a box it was so big and I had to include a copy for each of the 7 Justices,” she said. Eleven months later, she got the news that it was informally granted. However, the Attorney General wrote a rebuttal saying that she was not suitable so she responded back within the 10 day limit saying why she was. The decision split 5-2 in her favor and she was set for a court date within 60 days. She was also appointed an attorney as the courts would no longer represent herself.

On the day of her court, the prison was on lockdown because of the flu so she wasn’t able to attend. She waited until the trail was over and received a call from her attorney that she had won! However, she knew that it needed to be reviewed by Schwarzenegger and signed so she didn’t get too excited. The governor denied her and she decided to fight it and she won in the lower courts. She found out on Thursday, January 22, 2009 and 4 days later on Monday, January 26, 2009 (1 year ago exactly), she was a free woman! She served a total of 29 years.

Gigi has worked for CRJW and Get On The Bus for the past year. She has been a stellar employee, never late for work even though she commutes 2 hours on a train everyday, always goes way over and above and does it with a kind heart. In celebration of her anniversary, I decided to interview her:

Maria: What types of things have changed from before you went to prison until now?

Gigi: Everything. When I went in there were no freeways. I came out and there were little cities and malls everywhere.

Maria: What has struck you most over the past year?

Gigi: Color. In prison, you only see blue, which is the color we wear and grey the color of the guards’ uniforms. I love wearing everything that I couldn’t red, green, beige and anything bright.

Maria: How did having a relationship with your daughter help you?

Gigi: It made it a lot easier for me when I got out because we had a relationship already established. I was also very well adjusted in the prison because of it. Most of the women around me didn’t get visits. I saw what a harder time they had so I was grateful.

Maria: What do you want to my readers to know about women in prison?

Gigi: We are human. For the most part, there aren’t a lot of violent women in prison. We are normal people that made one mistake. Even though mistakes were made, they don’t define who we are.

Maria: What are the best things that you’ve done since you’ve been out?

Gigi: Eat. The food is so much better. I also just love enjoying the beauty of nature. I love going to the mountains, amusement parks and the movies. I also love spending my holidays feeding the homeless. It is something that I used to watch on TV. while I was in prison and now it’s something that I get to do. I love sharing my resources with others. Last night while waiting for the train a woman, a guy and a dog asked me to spare some change because they were hungry. I gave them 5 dollars; you would have thought I gave them 100! I love doing things like this because I was never able to.

Maria: Why is GOTB important?

Gigi: Mothers need to be connected to their children. No matter what a parent has done, a child should not suffer.

Maria: You are volunteering as a bus coordinator this year, what led you to this decision?

Gigi: It is so important for me to be able to go back and show the women inside that people do care. I never forget the women I left behind. It is such a worthwhile program.

I would like to congratulate Gigi on her special day. I would also like to honor another special woman, my grandma Helen Costanzo. Today is her 88th birthday. Grandma, you have been one of the most important people in my life and I know that you can’t choose your family, but even if I could, I would definitely choose you. Happy 88th Birthday!!!!