So, I don’t know about you, but I always dread the coming of January.  Before the holidays, January is my favorite scapegoat.  It always seems so far in the future so it is nothing for me to say, let’s do X in January.  Very quickly X turns into X, Y, Z, A, B, C, etc.  To further flaw my logic, it also doesn’t help that before I go home for the holidays all my colleagues and friends say, “See you next year.”  Even though it happens every year, I see the phrase, “see you next year” as a very long time from the present moment.  When in reality, it is only about 2 weeks away.

Knowing this, when my dear employee and friend Karen suggested that I run the half marathon that she was coordinating in January, I was all over it.  Even though at the time we were in November and I hadn’t trained for any races in over a year, January was doable because it was in the far distant future, or at least so I thought.  Now if it was any other month in the year, I guarantee I would have written down the date for this thing.  However, since it was in January, I felt no urgency in the matter.

When I got back from being home, I ran my inaugural 10 mile run for 2010.  During the run, I started thinking about all the stuff I had postponed until this month. This prompted me to call Karen this past Monday morning to check in and see when the half marathon was.  You can imagine the shocked feeling on the phone for both parties when she said that it was in 6 days.  She couldn’t believe that I forgot about it and I couldn’t believe that something in January was actually coming to fruition.  Crap, I now had 6 days to get ready for this thing and I was only up to 10 miles for my longest run.  So, what did I do?  Exactly what I am best at, I winged it.

Comparing this run to my last half, I knew the odds were stacked against me.  One, I hadn’t trained as hard as before.  Two, I was battling a slight tendon injury on my left ankle and a cramped arch on my right foot.  Three, I had just gotten a new Camelback for Christmas that I forgot to try out until today.  Four, I was missing my secret ingredient, my running partner Leanne.  When anyone asked me how I expected to do today, my response was that I would be happy to finish alive and if I came in 20 minutes after my PR (personal record) from last year of 2 hrs. 13 min. and some change, I would be pleased.

When I started the race this morning, I lined up with the 2 hrs. 10 min. group believing full well that this ways just a distant dream.  Whenmy first mile clocked as 11:30, it further strengthened my argument that this was going to be a wash.  However, the craziest thing happened around mile 4, I started to lose time.  At first I thought that the 39:30 was a mistake, but as I continued on my split times kept on improving.  I did notice though that there was a significant grade that we were running down so I really believed this was going to be short-lived.  It wasn’t until after I turned around and ran up the long hill and got to mile 11 that I had actually started to believe that this course could be a new PR for me.  As I approached the finish line, it became a reality for me.  Not only did I finish with a PR, but I was under 2 hrs. and 10 mins!  I ended up finishing in 2 hrs., 9 min. and 6 sec., which sets my splits to sub 10 min miles.  Amazing!

The success felt even better since I had others to share it with.  Joe and Maya got to see me 6 or 7 times throughout the course and I was greeted just past the finish line by my dear friends and colleagues Gigi and Karen.  If you are curious, I have attached the race website so you can check out my course  http://www.131marathon.com/13_1_Los_Angeles.htm.  Below are some photos from the race.  Enjoy!! 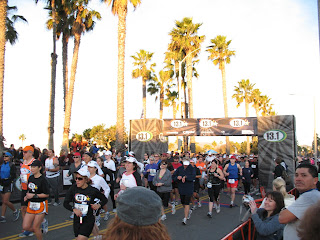 Start line, I am on the right. 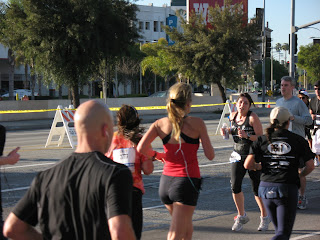 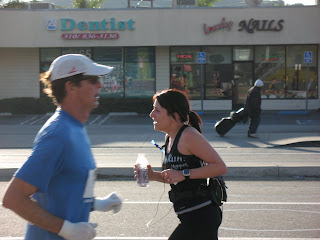 Who wears gloves to run the half? This guy does. 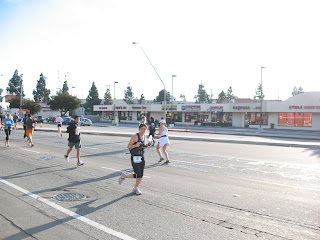 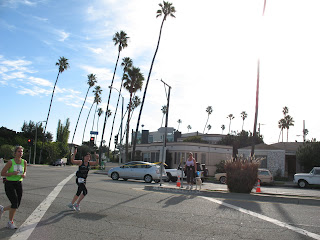 11 miles, when I realized that this could be my PR. 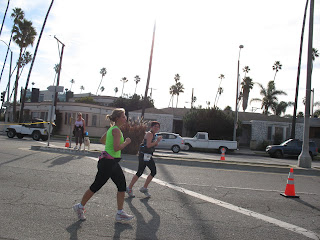 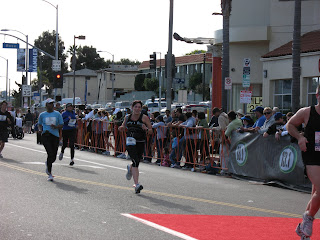 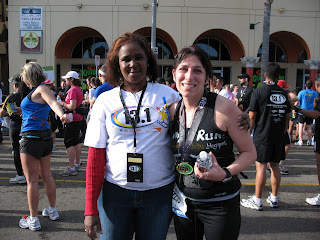 Gigi’s first race ever.  She was so proud of me!
Newer Older