Last Wednesday Suzanne led us in a wonderful discussion about hope and second chances.  In the beginning of the conversation, we learned that our beloved Gigi was a finalist for the Rev. Dr. Constance M. Baugh Achievement Award given out by Justice Works in Brooklyn, NY.  The award looks at individuals that have come back to society after being incarcerated and have really made a significant difference in their life and/or the lives of others.  (Since then we found out that she won!  She will be flying to NYC to accept her award at NYU on March 16, 2010.  I want to publicly congratulate Gigi for being the recepient of this award. No one deserves this award more than you!)

After our congratulations went around the table, Gigi shared a story with us.  Suzanne runs special programs for the women inside at California Institute for Women (CIW).  One thing that she is famous for, among many, are Cross-overs.  These events bring outside people into the prison to have conversation with the women.  These events have not only been powerful, but for many participants, they have been life changing.  It is amazing what can happen when you bring two totally different groups of people together and just have them talk.  People come as strangers and leave as friends.

Because of the overwhelming response, each year there is a spiritual retreat at CIW where Suzanne brings outside people into the prison for the weekend. Three years ago Gigi attended.  She then stretched out a quilt that was made during the weekend.  I was so struck by the beauty and the message that I thought I would share it with all of you.  I wanted to let you know that your donations have made a big difference for the lives’ of the children on Joe’s bus.  Thank you again!! 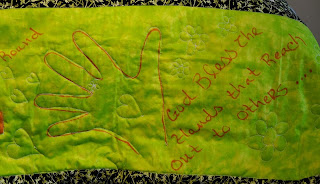 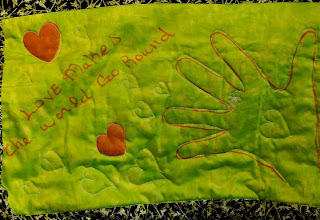 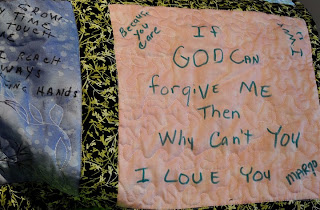 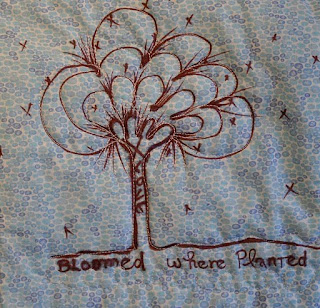 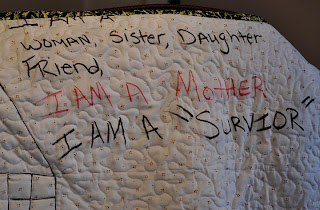 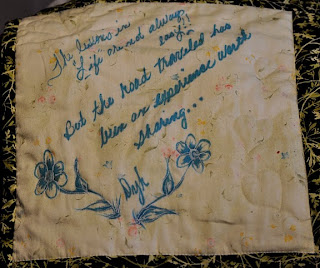