As some of you might be aware, my gram Helen passed away suddenly and unexpectedly this past Sunday.  As you all know from reading my blog, she was an integral part of my life and the matriarch of our family.  My sister and I got a chance to share the memories of her at the funeral and many people have asked for copies of our speeches.  However, in the midst of everything, I realized I forgot to write down who wanted the speech, so I’m posting it here for anyone to print out.  I’d also like to thank everyone for their kind words, thoughts and prayers for our family during this very difficult time. 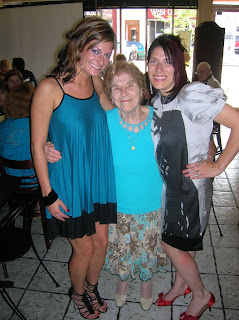